Getting there, Pt. I 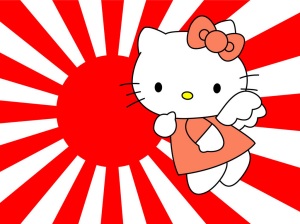 I’m here! Safe and sound so far. This was such a crazy trip. I’ve never had to travel this long or this far before. Let me start at the beginning.

I flew with my girl Hello Rachel (HR) from Philly to LA. Oh my God I hate US Airways! They’re the worst. They charge you for everything, beverages ($2), window & aisle seats ($15), snacks ($5), and baggage ($15-$100 per bag!). They also managed to overbook the plane and I didn’t have a seat until the last minute. When we finally ended up in LA we got our bags and were greeted with bad news… HR’s friend, and our ride from the airport, had gotten into a car accident on his way to pick us up! His buddy came to get us instead and we spent a good portion of the night waiting in the emergency room to see what was up with him. No worries, he emerged from the accident with a broken wrist and busted kneecap. I was dead tired by then but we made it out to a diner in Studio City at about 2am. Many thanks to our Los Angeles friends who helped us to and from the airport and kept us laughing the entire time in between.

So yesterday we made it to LAX and I was overwhelmed by the international terminal. There was a mini baggage mishap because HR’s baggage was overweight. Luckily, my bags had a little room to spare so we had to bust our bags open in the middle of the ticketing area and swap items. At the airport, we met up with a couple of other guys from school and formed Team Philly!

HR and I scored an exit row so we had plenty of leg room. Let me stop and say that Singapore Air is the best airline I’ve ever been on in my entire life. The staff were so helpful and attentive. They wore beautiful patterened skirt suits but a tad too much makeup. I guess you’ve gotta be on point when you’re bringing people on 11 hour flights. There were On Demand movies, TV shows, games, etc. For airplane food, it was tops.

Oh man. I’m pretty tired and I have much more to write about. I feel like I’m leaving out details so I’m going to pause and come back with a part II later on. We have a bunch of stuff to do tomorrow and I just wanted to get something down on the blog here for you all. Plus I’ll be able to upload the pics tomorrow!

8 responses to “Getting there, Pt. I”