I believe the children are our future. I believe that it’s important to meet people where they are when trying to reach them. I believe we should educate young people about real topics like sex, economics, politics, race and health. So it follows that I should like Dr. Clarke’s “Health Hop Music.” Uh, no.

Dr. John D. Clarke has a series of albums he’s written, produced and performed focusing on educating young people about their health. Relying on studies with conclusions like “the average teen listens to 40 hours of music per week and 10,500 hours of music

between the 7th and 12th grade,” and “today, Hip-Hop is the music of choice for many teens and is the ideal genre for capturing their attention,” Dr. Clarke hopes to use hip hop to break through to kids and get them to listen up.

While the doctor’s motives are admirable and his attempt to make good songs not too shabby, I have to say that this is a fail. Take a break from reading right now and head over to the Health Hop page on CD Baby and listen to some clips. See what I mean? No? Read on.  END_OF_DOCUMENT_TOKEN_TO_BE_REPLACED

Is that in Harlem?

Oh snappy, yall! My boo needs help! If you travel back in blog time, you’ll see that I heart Doug E. Fresh. Yeah, that’s funny, but what isn’t funny is that my boo is on that T-Boz and I ain’t talkin about no Red Light Special. This fool done lost his crib!! Ahhhhhhhhhhh!

The Human Beat Box is taking a financial beating.

Rap icon Doug E. Fresh – best known for his ’80s hit “The Show” – has been socked with three foreclosure actions by banks looking to collect more than $3.5 million in unpaid mortgages on a trio of his Harlem homes.

The golden-voiced rapper, whose real name is Douglas Davis, grew up in Harlem. After his skill at vocally imitating drumbeats and percussion sounds made him famous in the 1980s, he stayed in the neighborhood, investing in local real estate and raising five sons.

He fell behind in payments and, according to a foreclosure suit filed in Manhattan in late August, 2008, he now owes more than $1.73 million.

Davis is putting the finishing touches on Doug E’s Chicken and Waffles, a new Harlem restaurant slated to open next month.

I ain’t got NANN on that 1.73 million dollar debt, but he can come stay with me. I mean, how cool would it be to have him beat-boxing over Honey Nut Cheerios with you in the morning? In the alternative, I hope Doug got a cot in back of that restaurant.

Telly was weird as hell, by the way. He clearly needed therapy.

Whatever happened to that kid J-Kwon (né Jerrell Jones)? Why am I even thinking about J-Kwon? Last night I heard “Hood Hop” three times. That’s more than I’ve heard that song all year. So, I was inspired to blog about it. Now, I have always been a fan of the song’s track. That joint is crankin’ for sure. The dude squeaking over it though? Not so much. Still, 2004 was good to the kid with his first single “Tipsy” peaking at #2 on the Billboard Hot 100 and at #4 across the pond. After Tipsy and Hood Hop, J-Kwon didn’t come back on the radar really until he was featured on the hook of Bow-Wow’s jawn, “Fresh AzImIz” (lawd take me now for typing that out).  END_OF_DOCUMENT_TOKEN_TO_BE_REPLACED

Y’all know Byron Hurt? I’m late on homeboy, but he’s a filmmaker and an anti-sexist activist speaking out on gender violence prevention and helping to examine our ideas surrounding manhood – particularly Black manhood.

If you read my blog regularly, you probably know that I have an interest in this type of stuff (gender roles, gender violence, yadda yadda). Peep these clips from Hurt’s documentaries. The first one is pretty straight forward, an intro to Beyond Beats and Rhymes. The second is interesting because it “contrast[s] styles of manhood exhibited by Barack Obama and Rapper/Mogul Curtis Jackson, aka 50 Cent.”

I don’t really know how I feel about 50 being used as an example of how Black manhood is commonly viewed. I mean, I can see it, but it’s hard since a lot of my friends generally take 50 for a joke. However, I’m sure a lot of people out there do see him as the kind of guy who would run up in your crib and steal all your credit cards. *shrug*

END_OF_DOCUMENT_TOKEN_TO_BE_REPLACED

I hate email forwards, online petitions and the like. This, however, I gotta pass on. Maybe you’ve heard of Che Grand and you’re already in the know. Maybe you don’t. In any event, I’m putting my Bourgie endorsement behind this dude. He’s a genuine MC and a nice guy (thanks for sharing that Goose with me, Che). While I’ve been rocking Che Grand joints like The Fixtape and random guest spots on my iPod, fans want to hear this album he’s been working on since, like, forever: Everything’s Good Ugly.

There are some links to a few Che cuts below. Get familiar. You can also check his blog in my “Stuff Bourgie Likes” section then, if you’re so inclined, sign on to the petition. EGU or nothing.

Che Grand is a pretty damn dope artist. trying to do hip hop in 2008 can get all up in your ass. every now and then we all need motivation and reassurance that we’re not wasting our time, because no matter what it feels like there is no bigger picture sometimes. well the homey khal from Rock The Dub has set up an online petition for the album “everythings good ugly” to be released. now while its not 100 percent up to che, it is his decision. if he sees that we want this album, he can allow it to be heard. so PLEASE, PLEASE, PLEASE SIGN. YOU DONT HAVE TO FILL ANYTHING OUT other than a name and an email, and its private. CLICK HERE.

Be My Guest: Go In Radio

Be My Guest is where I’ll invite friends to guest blog over here at Bourgie Adventures, simultaneously adding a different voice to my place while introducing my readers to their place.

The inaugural BMG post comes from Young H over at Go In Radio. Young H is the shit. Listen to his show. 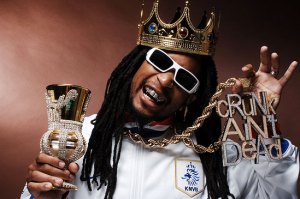 In case you’ve been dwelling in a cave for the past year, we live in the age of perhaps our nation’s most important Presidential race. Whether a Black man or just another Republican, our next chief will be faced with the daunting feat of creating some semblance of a happy ending to the eight year tale known as George W. Bush and His Epic Failures. But seeing as how my fields of expertise (namely love and Hip-Hop music) are hardly rooted in politics, I shall hereby attempt to draw a slight parallel between the processes of selecting one’s best candidate at the polls and the music we choose to ingest. END_OF_DOCUMENT_TOKEN_TO_BE_REPLACED